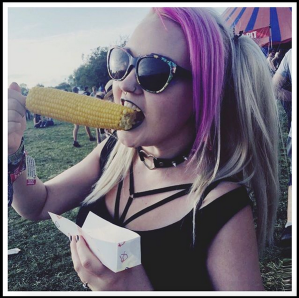 Welcome back to That’s What Pea Said…

I hope you had a peaceful Christmas and New Year.

With it being Veganuary, I thought I’d take the opportunity to complete a Vegan Blogger Tag…
Feel free to use it on your own blogs and ask any further questions in the comments.

Are you a Vegan?
I am indeed…

When did you become a vegan?
I’m rather lucky, I was raised in a ‘strict-vegetarian’ household… We only used household and cosmetic products which had not been tested on animals and did not contain animal ingredients. To be honest, I rarely consumed dairy and eggs, however I consciously began to remove them from my diet when I was 15.

Why did you become a vegan?
I became vegan for all the cliche reasons, predominantly for the animals, but also my health and the environment. I remember seeing a cartoon on MySpace of two children drinking milk from a cow & that was when I had the ‘not your mum, not your milk‘ moment. In addition to this, my Dad was incredibly green, so learning the effects that the dairy and eggs industry has on the planet, was another indication that I ought to remove them from my diet.. In turn, I learnt about the cruelty behind leather, silk, wool and feathers.

What was the hardest part about becoming vegan?
I haven’t really faced any difficulties and because I’ve been vegan for about 13years everything has since become second nature. Initially, the food choices were limited, especially eating out – but this is no longer the case, there are so many cruelty free options. I’m not used to having so much choice, it’s fabulous!

Is it difficult to be vegan?
Absolutely not – anything you can do, I can do vegan!

How do you deal with people who are close minded about your lifestyle?
Generally, this isn’t something I face… If they don’t like my lifestyle, that’s their issue – not mine.

Do you support Vegetarianism and or (“something’s better than nothing’s”)?
I believe that everyone’s journey is different & although I’d love for everyone to instantly become vegan, realistically this isn’t going to happen. All changes, however small, are positive and will hopefully evolve.

What is your opinion of the meat and dairy alternatives?
I think they’re brilliant and definitely getting better, which more options becoming available. I’ve never eaten meat, but there seems to be an alternative for everything, even eggs! There’s no need to eat animals…

What is your opinion about palm oil?
Palm oil is something which I’m looking to reduce/remove from my diet. It’s generally tough to eliminate it entirely as it’s in so many products, however – things are getting easier as more people are becoming aware of its environmental impact & this is hugely positive, until then sustainable is somewhat the way forwards.

Do you feel judged by other vegans sometimes? How do you deal with it?
I think there’s definitely an issue with some people thinking they’re more vegan that somebody else – however I don’t tend to worry about this. We’re all fighting the same cause and it’s important to remember this.

Do you enjoy being a vegan?
Abso-Bloody-Lutely!

Thanks for reading,
Pixee xo